Are Cold Showers Good for the Health?

Many believe that taking a cold shower is good for the health. Whether these claims are true is still kind of a gray area. This health claims are mostly implied from studies of cryotherapy in which cold water or air is used to treat a condition. However, cryotherapy is often controlled.

In 2016, a study was conducted to determine if taking a quick cold shower in the morning would reduce the amount of sick days someone took from work. For 30 straight days more than 2300 subjects took either a warm shower, or a warm shower that turned cold for 30-90 seconds at the end. An average, subjects in all three of the cold shower groups called into work 29% less than the warm shower group. Roughly the same as one less sick day per month. 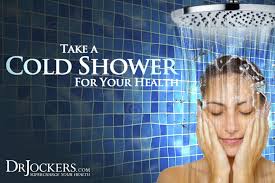 Many of the participants claimed that they felt an increase in energy when taking the cold shower experiment. This is possible that their white blood cell count increased. This has been shown to happen with cold water swimmers.

A 2008 study in medical hypothesis gets referenced a lot as evidence for cold showers as an Antidepressant, but this is still not convincing. They hypothesized that cold water would activate one’s sympathetic nervous system. This is the system that is also responsible to increase one’s heart rate. It stimulates the release of endorphins which would elevate one’s mood.